"This was BY FAR the greatest locksmith I've ever encountered. Seriously. I'm not sure how, but I locked myself out of my bedroom. I had a Kwikset smart key lock (the electric one with codes). I hadn't even set a code for it yet and it's been unlocked for almost a month. Today it decided to lock itself. Obviously not having set a code to lock it, I was completely confused on how it even locked to begin with. After contemplating kicking the door down, I called Nick and he showed up in 30 minutes-probably less. Paying $65 was so much easier then buying a new door/new door frame and it only took 15 minutes. Nick, you saved my night, thank you so much!"

"I love these guys!!! They have saved my wife and myself numerous times. They came as soon as they could which was very prompt and even made me a spare key. Thank you for being so great at what you do! Y'all ROCK!!!"

"I spent too long trying to open a storage room door after I lost the key. He said he'd be here in 30 minutes and he was. He essentially picked the deadbolt lock without destroying the lock or door frame (which were my only alternatives). Correct tools and experience. That for $45, which strikes me as pretty reasonable. Plus, he gave me a money-saving tip going forward. I'm keeping this business card on my refrigerator, but hope I never have to call again."

Affordable Lock and Key has served THOUSANDS of customers. Here's what just a few of them have to say about us!

"I'm from out of state so service calls can be a bit of a crap shoot.  Nick is somebody I will gladly recommend.  He is very personable and knows his trade extremely well.  I know he had to do extra work/troubleshooting on my rare door locks which was done quickly within the estimated price." 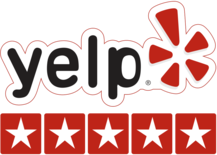 "I have needed a locksmith urgently 3 times in the last year and after the first time I called Nick at Affordable Lock & Key and he rushed over to pick my bedroom lock, he is my go to. He picked the lock of the keyed bedroom door for me in seconds and the service fee was lower than the the 2 people I'd called just minutes earlier who weren't available last minute.

The 2nd time was after I'd replaced the keyed door lock with a new one and my children locked me out of the bedroom with the keys IN the bedroom and even though he was on his way to a dinner date with his wife, he still swung by on short notice and picked the lock for me quick and easy.

So when the travel box above my mini van had the key break in half just minutes before we were heading out of town, I initially called Walmart thinking they could take the two halves and make a copy of the broken key, but they said that they'd tried and never been successful doing that so I called Nick. Again, he had plans (because he has a life and all, lol) but told me that if I could be to him within the hour, he could make me a copy of the key!

He has consistently shown that he is basically always there for his clients and I am forever grateful! Never before have I needed a locksmith 3 times in a year, but I'm glad I found this one! I can't say enough good things! He's fast, affordable, reliable and flexible, always willing to find a way to help, even after hours. I will be recommending him to everyone!"

"Nick was quick, efficient, fair, and actually a great guy! Wasn't even an emergency and still came out the same day and rekeyed my whole house. Upfront about cost, can't imagine it cheaper. Highly recommended."

Nick at Affordable lock has been fantastic. I had purchased a digital lock for my home and he explained why it wouldn’t work because there was not enough space between the storm and solid door.

He not only installed the proper size lock, but took the time to explain how to change the battery, what to do if the battery goes dead while I’m out to orevent being locked out, suggested I keep a spare battery in my vehicle and also shared with me the sections of the manual to be familiar with to easily change the code.

He has since helped many of my neighbors with there security. He has always had a quick response time and also, well,,, Affordable. 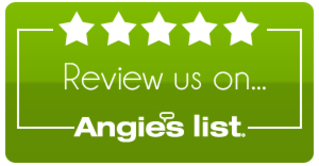 "Nick is a great guy. He is very knowledgeable and professional. My 3-year-old was interested in what he was doing and kept asking him questions. Nick was very patient with him. I will definite;y be using him again and would recommend him to everyone."

"Very quick and efficient.. They were right here at the estimated time. Took less than a minute to unlock the door..Will always use in lockout situations!!"